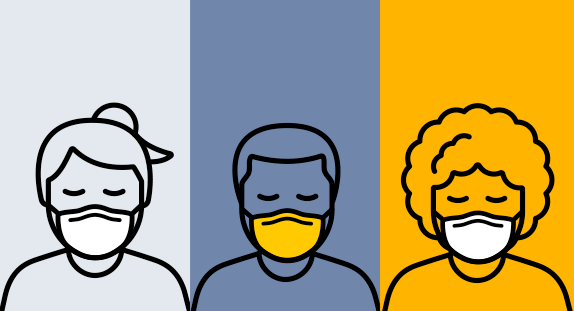 On the hundred-day anniversary of her son’s bone marrow transplant, Tonya Goodin bought a cake shaped like the world and delivered it to the care team at M Health Fairview Pediatric Specialty Clinic - Journey in Minneapolis.

Tonya's two youngest children – 10-year-old Grace and 8-year-old Grant – received the first-ever bone marrow transplants for multiple sulfatase deficiency (MSD), an extremely rare and often fatal genetic disorder. The procedures took place at M Health Fairview University of Minnesota Masonic Children’s Hospital, and the cake recognized the providers who were the first in the world to attempt this groundbreaking procedure – which the Goodin family hopes will open the door to a new era in treatment.

Both Goodin siblings were diagnosed with MSD in 2019 through genetic testing for other diagnoses. They are two of roughly 100 patients ever diagnosed with the condition worldwide. The Goodin family was shocked by the news. “We couldn’t wrap our heads around this diagnosis,” Tonya remembered. “Our kids are beautiful, they’re thriving. How is it possible that they have this terrible disease?”

Two of 100 children in the world

MSD causes sulfatase enzymes, which break down sugars and fats in the body, to malfunction. This leads to the build-up of toxic by-products within the body. The condition affects the brain, heart, bones, and many other bodily organs and systems. Because of this, most children with MSD don’t live past the age of 10.

“There are 17 known sulfatase enzymes in the body. So far, we know that seven of them are associated with disorders,” said M Health Fairview Geneticist Nishitha Pillai, MBBS, FACMG, who also serves as an assistant professor at University of Minnesota Medical School. “Children with MSD can have symptoms of all seven different types of disorders. Among these seven, the treatment option for some is bone marrow transplant, but no one had tried it for MSD previously.”

In Grace, MSD presented with symptoms similar to those of autism spectrum disorder (ASD). In Grant, it presented as a growth hormone deficiency and sleep apnea. Up until his transplant, he was getting a daily growth hormone injection and using a CPAP machine to sleep every night. Both children also had extremely dry skin as a result of the disease.

At home in Missouri, Tonya and her family were told there were no treatments available for Grace and Grant. Their only option was to wait as the disease progressed. After the diagnoses, they connected virtually with the families of other MSD patients across the globe, advocating for additional research and supporting each other through the difficulty of a disease with no cure.

It was through these connections that the Goodins heard about and attended a rare disease conference in Orlando in February 2020. At the event, they met Pediatric Blood and Marrow Transplant Physician Paul Orchard, MD, a professor at University of Minnesota Medical School. M Health Fairview has one of the largest and most respected pediatric blood and marrow transplant programs in the country.

The Goodins asked Orchard for help, and he agreed to try. For one year, Orchard partnered with the family to review the risks and possible – but still unknown – benefits of the procedure for MSD.

“We didn’t know whether BMT might be effective, but we had a choice: Do we try, or do we sit back and let this disease take our children?” Tonya said. “In trying this option, we hoped to change the path for our family, and maybe for many families to come.”

“The University of Minnesota and M Health Fairview have been on the ground floor of using transplant as the pioneering therapy for these rare, inherited disorders,” said Orchard. “The idea is that, for patients who have a missing enzyme deficiency or other problem, somebody else’s normal blood cells might help circumvent the problem by supplying the missing gene product.”

What is a rare disease, and how are they treated?

Grace underwent her BMT first, in late 2020. Just as she was hitting the 100-day post-transplant mark – an important milestone for BMT – Grant was admitted to the hospital in preparation for his BMT in the spring of 2021.

“All the doctors, nurses, staff at Masonic Children’s are forever engraved in my heart. Everyone was in it with us,” Tonya said. “Everyone knew that we were doing this back to back, and they wanted to help. The nurses went above and beyond.”

For now, the outlook is promising, and the team is cautiously optimistic. Both children are recovering well from their transplants, and have left the M Health Fairview University of Minnesota Masonic Children’s Hospital to return home. The team is using an innovative genetic testing method to track changes after transplant, according to Pillai.

Early results show improvement at a biochemical level, but it will take longer to better understand how the transplants have altered the disease. Doctors hope that research into Grace and Grant’s genetics and response to transplant can further not only MSD treatment, but future diagnosis and monitoring of the disorder.

“This is one of the rarest known diseases in the world, and most physicians may not recognize its symptoms. These kids initially presented with autism-like features and were diagnosed with autism,” said Pillai. “We’re trying to discover if there’s a biomarker that would allow us to better diagnose this disease.”

Tonya has also started to see a difference in her children after transplant – Grace, who has been performing tap dance and ballet since she was three years old, took out her ballet shoes and began dancing again. Grant ran down the clinic hallway to ring a ceremonial bell on his 100th day after transplant.

“They are doing beautifully, and we are hopeful to be pioneering a new treatment for MSD,” said Tonya.

After spending nine months in Minnesota, the family is back home with friends and relatives in Missouri. Earlier this spring, they arrived home to a line of waving friends and teachers outside Grace and Grant’s elementary school.

The Goodins hope Grace can eventually return to her dance studio and cheerleading team, while Grant can return to guitar lessons and playing baseball. The whole family continues to raise awareness about MSD through their foundation, Grant Us Grace, and other advocacy efforts.

Meanwhile, doctors at M Health Fairview University of Minnesota Masonic Children’s Hospital continue to monitor Grace and Grant’s progress and look for a way to improve screening for MSD – thanks in large part to the Goodin family and their willingness to participate in this world-first procedure.

“The family deserves a lot of the credit,” Orchard said. “They’ve been advocates for the kids and for the whole community of patients affected with this disorder. They’re really helping to move this forward.”